Creating a Culture of Success From the Inside Out 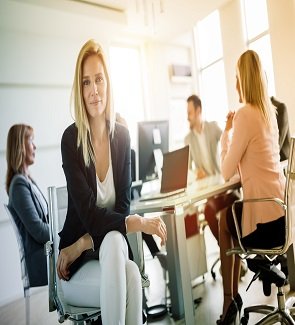 I need to be brutally honest with you here. I think you may not, in fact, like what I am going to say. It is something that no one wants to face. You know how you have been struggling to meet your sales goals?

Do you know why? It is not because of your team. Your people are not to blame. The territory is not too big. The market is not too saturated. It’s not your competition either. The sales gods are not spitting on your metrics or pointing your customers towards other companies.

You keep doing the same things and expecting it all to change overnight. Duh. It isn’t going to.

YOU have to be the change and it will take more than just wishful thinking, a snappy sales quote and a few pep talks to get it done.

Like a massive ship in the open ocean, you can’t expect it to turn on a dime. You have to set a new course, implement actionable steps and begin moving in an entirely new direction, all while avoiding some nasty icebergs along the way.

Make no mistake, this takes will and determination. It takes work and it takes a plan. A whole lot of people talk about changing the culture of their company, they speak about creating value, being in touch with customers and deepening the dialogue, but precious few manage to do it.

According to a study by Brain and Company, 90% of those surveyed agreed that, “Culture is as important as strategy for business success.”

That all sounds great, but what does that actually mean? How do you build performance and implement a strategy that empowers your team to succeed?

A Culture of Excellence

Researchers have asked that very question. They discovered four critical, make it or break it things that you must do if you are serious about changing your culture from within:

While the reasons varied, the number one, biggest factor involved the attitude of their manager. In their words, “People do not leave companies. They leave people.”

At the end of the day, it is up to you to communicate your vision and your value propositions in a clear, unmistakable and compelling way that promotes authentic change. Start with yourself. Take a good hard look and see what you are really selling. (Cause it’s you.)

If you want to build a winning team that moves you forward, it doesn’t exactly hurt to have the best players on the line of scrimmage. We have you covered on that front.

Send up a flare, give me a call or just follow our blog for more powerful ways to create the success you are craving.

Jamie started ProActivate 12 years ago after serving as VP of Sales at CareerBuilder for 5 years and prior to that serving in leadership positions within the traditional staffing industry for 10 years. In both of those models, she noticed a gap in the marketplace for sales leaders to proactively protect their revenue as it relates to sales talent. At ProActivate, she works with leaders of sales organizations in numerous ways such as to be prepared if a top performer were to leave or promote tomorrow, to replace C players with A players, to propel growth into new markets or launch new products, or for some it is to do more with less.