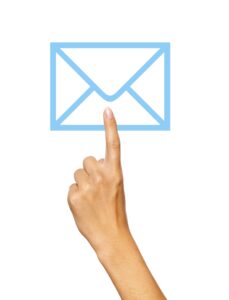 I was speaking with a client of mine who was shocked to find out that one of their top producers had been fired. This top producer was 165% above quota and was looked up to by all of sales. So, how could he have been let go?

This top producer had always been pushing the envelope, and he was revered for it. Whenever extra revenue was needed, he was their go-to guy to bridge the revenue gap for the quarter or for the year. However, the high cost of sale to the company was not worth it in the end. Such high cost of sale was due to the overuse of key internal resources, selling what they did not have available, and the inability to establish happy customer relationships due to over-promising and under-delivering.

What could management have done better? They could have identified what was acceptable and coached him to reduce or eliminate most of his bad behaviors. This would have allowed him to follow a path that management found to be acceptable. Then management could have discerned if it was a skill issue or a will issue.

You cannot reward a rep for bad practices, such as selling what you do not have or abusing the use of key resources for unqualified deals. You must coach in the moment, and coach consistently to enable them to connect behavior with what is expected. As management, you have to decide what is more important and communicate that to everyone. Any deviation gets confusing.

This particular company’s top producer had been led to believe that it was all about the money. If he had known that cost of sale was a priority to management, he may have changed and brought in revenue that was more profitable than in the past. In fact, a recent Aberdeen study showed that less than 45% of the respondents understood and could replicate the characteristics of their top producer, or had adopted programs to improve management’s ability to build and develop sales teams. He was obviously not alone!

Janice Mars, principal and founder of SalesLatitude, is a senior business and sales executive with more than 30 years of experience helping companies build successful sales teams. She has parlayed that experience to help her clients to improve their sales processes, accurately forecast revenues, ensure focus on winnable opportunities, and attain consistent results. View my LinkedIn profile | Twitter