B2B Sales Different on the West Coast or East Coast 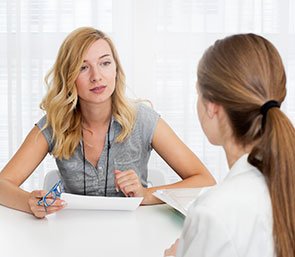 At the end of last year we interviewed Sales Leader Bridget Gleason on how she got into sales and what advice she has for other women pursuing a leadership position.

Since she moved back to the San Francisco area from the Boston area, I was curious to know what she thought about the differences in B2B between the East Coast and the West Coast.

Like Bridget, I’ve lived, worked, and done sales work on both coasts – here are her thoughts, then mine:

I haven't seen a difference between West Coast companies and East Coast companies in terms of sales culture. So much of it is dependent upon the personality and background of executive leadership and more specifically, sales leadership. I look for the same attributes in sales professionals regardless of coast: integrity, high standards of performance, highly disciplined, self-motivated, results oriented.

I would have to agree with Bridget, but I’ll add a bit about what I noticed first moving to the New England area from the Pacific Northwest the first time.

I came to the Boston area when my son was accepted to a Boston area university and their Division 1 ice hockey team. I found a new job with a startup company – I  was to build an Inside Sales team.  The company, a group of just 35 folks when I came on board was fantastic. The group of people were so great that years later, we still have reunions to get together and see each other. Many of us have done business together, referred each other, or recommended each other.

With that said, in the beginning there was a HUGE difference in how I warmed up to people. Ever the friendly Northwesterner who would say hello to strangers, my first local “friends” cautioned me NOT to do that.

At work, even though these folks later became some of my best friends, it took time to warm up. The Pacific Northwest native approach is to be overly friendly and over-promising in things like making future plans to get together. On the East coast I’ve heard people say it is more “passive-aggressive.”

You know the situation – someone says that you should get together and then never follows up.

What I found in New England is that people take longer to warm up, but once they do, they are friends for life. You don’t suggest getting together and then never initiating it – you follow through.  It is true that in a little over eight years of living here in New England I have better friends than most I’ve had in the Seattle area for years and years.

Be a master communicator to listen and watch for clues. Talk less and listen more – as you should anyway in a sales role.

Don’t be in a rush. It can take time to build relationships.

Focus on your sales role (or sales leader role) and that will keep you busy until those around you warm up to you.